Gregory "Greg" Riley has been missing from Kokomo, IN area since Sunday(7-10-2016), he is 28 years old. Greg could be in the Peru, IN area too, but he could be anywhere. If Greg is seen please don't approach him just call your local law enforcement or the Howard County Sheriff Department at 765-457-1105.

Attached picture is of Gregory Riley, which he is in the gray jacket. 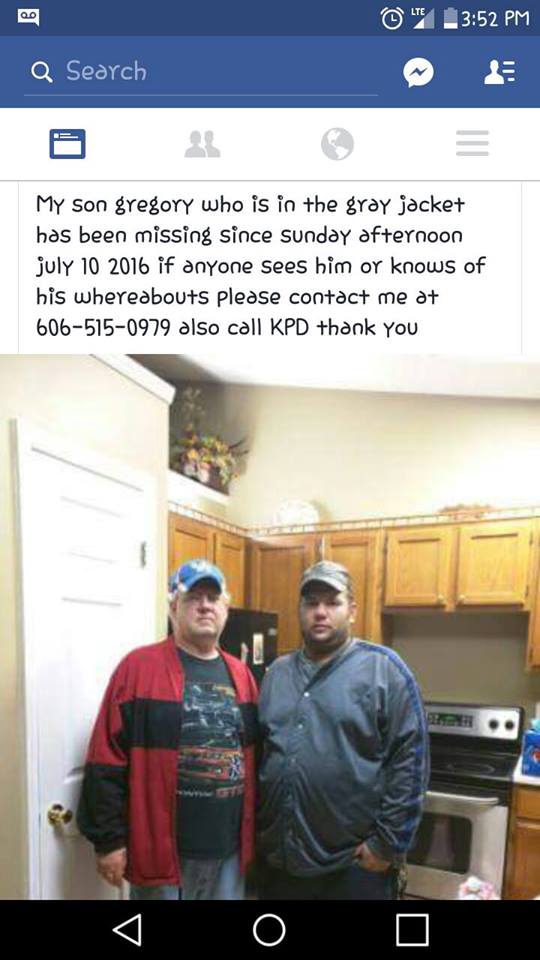 This is the City of Rochester, IN consumer fireworks laws, these laws has been effective from June 24, 2008 and the amendment laws was passed on March 10, 2009.

(A)   Consumer fire works shall only be used, ignited or discharged on the following days and hours:

(B)   That consumer fireworks used, ignited or discharged on any other day or hour except as specified in division (A) shall be a violation of this section.

(C)   A violation of this section may be written- against a person or property owner.

(1)   Person shall mean an individual, an association, an organization, a limited liability company, or a corporation.

(2)   Property owner shall mean any part owner, joint owner, tenant in common, tenant in partnership, joint tenant, or tenant by the entirety of the whole or part of a building, a structure or land.

(D)   (1)   Any group or individual requesting the use of consumer fireworks on days and hours other than those previously regulated shall obtain permission from the Rochester Common Council at a publicly conducted meeting as required by the Open Door Law.

(2)   Upon receiving approval from the Common Council, the group or individual shall pay to the Clerk-Treasurer a fee of $25, which shall be deposited into the General Fund.

(E)   Approval of the Common Council shall designate the specific dates and hours the consumer fireworks may be used.

(B)   That fines for the first three offenses as described above shall be paid to the Ordinance Violations Bureau.

(C)   That a fourth offense or more may be filed within the county court of jurisdiction and subject the offender to the maximum fine allowed by law for an ordinance violation, and court costs.

UPDATE: AMBER ALERT HAS BEEN CANCELLED BY GARY POLICE DEPARTMENT

AN AMBER ALERT HAS BEEN DECLARED

The Gary Police Department is investigating an abducted child from Gary, Indiana.

Timothy Jackson Jr., a 1 year old, Black, male, 32 inches tall, 28 pounds, black hair with brown eyes and last seen wearing a red t-shirt and diaper. Timothy Jackson Jr. was abducted from the 2000 block of Waite Street, Gary, Indiana on April 12, 2016 around 12:30 AM Eastern time by two subjects wearing masks, each armed with sawed off shotguns.  Information has been received that 17 year old Timothy Jackson Senior., a Black, male and 15 year old Rosalinda Tecaxco, a Latino, female may be responsible for the abduction of Timothy Jackson Jr.  There is no vehicle description associated with this alert and the abductors and child are believed to be located in Northwest Indiana. If you have any information on Timothy Jackson Jr., please contact the Gary Police Department at 1-888-58AMBER or 1-888-582-6237.

Instructions: Call 1-888-58AMBER to reach the Gary, Indiana Police Department with any relevant information on the abducted child.

Fulton County Sheriff Dept got a call of a possible explosion in the 1600 block of Mitchell Dr. RPD, RFD, HFD, and FCEMS got toned out for this. Upon arrival a RPD Officer advised dispatch a tree and fence on fire, but unsure of any other items on fire.

Scanner listeners: This will affect the Analog Scanner.

One or more feeds that you broadcast will be affected by a server move next week. A server upgrade requires us to move the audio1 master server to new hardware.

Scanner listeners: This will affect the Digital Scanner.

One or more feeds that you broadcast will be affected by a server move next week. A server upgrade requires us to move the audio9 master server to new hardware: