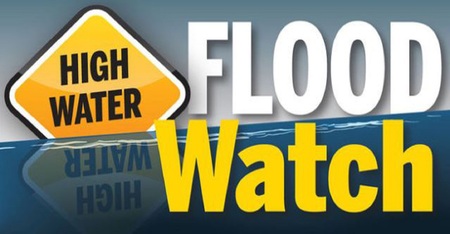 *With soils across most of the area saturated and rivers swelling in response to the heavy rain that fell earlier this week, areal and river flooding is possible. People living in flood-prone locations, such as near creeks, low spots, and poor drainage areas may be impacted.

Instructions: A Flood Watch means there is a potential for flooding based on current forecasts. You should monitor later forecasts and be alert for possible Flood Warnings. Those living in areas prone to flooding should be prepared to take action should flooding develop.

Reminder: If roads are flooded do not drive thru it, turn around and don't drown.